Call blocking and labeling: technology only as strong as its weakest link

A story of good intentions leading to unintended consequences 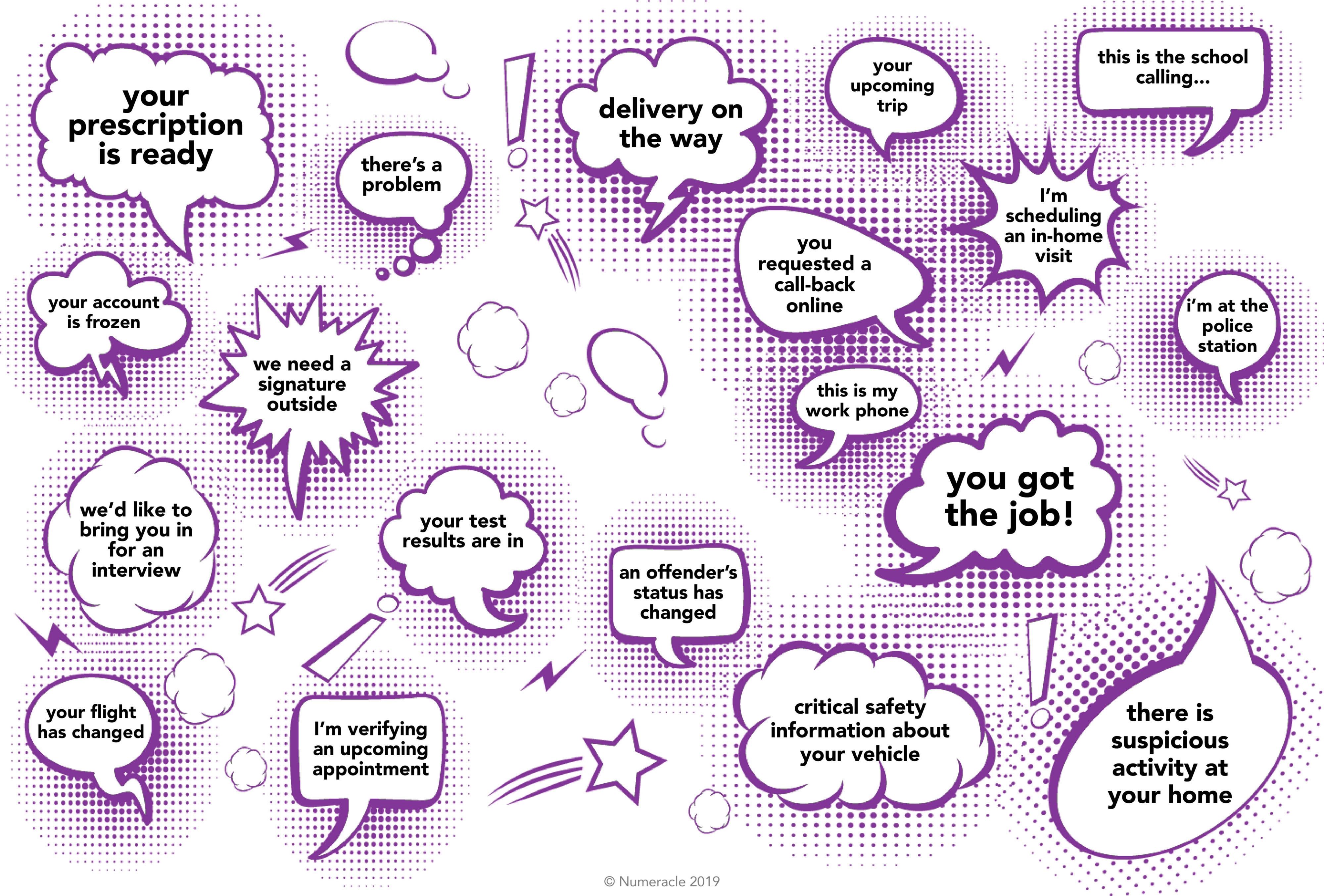 This Thursday, at its Open Commission Meeting, the FCC will vote on a Declaratory Ruling and Third Further Notice of Proposed Rulemaking that would clarify that voice service providers may block illegal and unwanted calls as the default before they reach consumers’ phones, and propose a safe harbor for providers that block calls that fail call authentication while ensuring that emergency and other critical calls reach consumers.

But what happens when wanted calls are miscast as unwanted calls, or worse yet, miscast as illegal calls? That’s the world we’re currently living in today, and it’s about to get worse.

In reflecting on the FCC’s current stance, which has been previously defined as a “longstanding prohibition on call blocking,” it seems there’s been a sizeable shift since the Connect America Fund, A National Broadband Plan for Our Future, Establishing Just and Reasonable Rates for Local Exchange Carriers, et al (2011) to where we are today on the subject. The aforementioned Report and Order and Further Notice of Proposed Rulemaking also included the following section, describing the FCC’s commitment to protecting the trust and transparency of the phone network:

In the 2007 Call Blocking Order, the Wireline Competition Bureau emphasized that “the ubiquity and reliability of the nation’s telecommunications network is of paramount importance to the explicit goals of the Communications Act of 1934, as amended” and that “Commission precedent provides that no carriers, including interexchange carriers, may block, choke, reduce or restrict traffic in any way.” We find no reason to depart from this conclusion. We continue to believe that call blocking has the potential to degrade the reliability of the nation’s telecommunications network.

Oh, how far we have shifted.

Since the release of the FCC’s Declaratory Ruling and Third Further Notice of Proposed Rulemaking, Numeracle has attended Ex Parte meetings with each of the Commissioners’ staffs on the subject. While the meetings differed in tone and topic from each other, the overall sentiment expressed was a general lack of willingness by the FCC to admit that the potential for harm in moving forward with this declaratory ruling may actually outweigh the good.

The first topic Numeracle brought to the FCC during our Ex Parte meetings was a concern about the use of analytics technologies by voice service providers as the basis by which to perform default blocking for consumers. Through the work we have completed on behalf of our clients and industry colleagues, evidence was provided demonstrating the frequency by which legal call originator phone numbers are erroneously labeled as “Scam” or “Spam” across multiple analytics providers.

“Soon your phone company will know with certainty that it is able to block calls based on computer analytics that tells them that these calls are unwanted robocalls.”

This bold claim misses the mark in so many ways that the only thing we can say here with “certainty” is that this overconfidence in robocall identification technologies will lead to additional false positives and further disruption in communications. Assuming that today’s technologies will be capable of identifying the personal consumer preference of which calls are wanted vs unwanted when they are not yet even capable of accurately identifying truly illegal calls from all other calls is a gross misstep.

Carriers and their analytics partners are not mandated to inform legal callers of how their calls are being labeled and/or blocked. This means there is no visibility into calls that will be lost due to the default call blocking plan and no way to ensure that vital communications are not disrupted. Unless there is an opportunity to leave a voicemail, consumers will also have no visibility into calls they have not have received, which includes a wide variety of calls, some in the critical, personal emergency, and life-saving categories.

In addition to the evidence provided by Numeracle of legal calls in the commercial, financial, and retail industries improperly classified as ‘Scam’ or ‘Spam’ calls by analytics, Numeracle also presented evidence of critical/life-saving calls improperly labeled and at risk of disruption should the proposed declaratory ruling pass:

What is evident from Numeracle’s findings is that while good intentions may exist for identifying “illegal” and “unwanted calls,” there are unintended consequences that must be addressed before allowing voice service providers the flexibility to offer aggressive default blocking for consumers.

The same sales call that is illegal if the customer has not consented to receive it is perfectly legal with customer consent. Every consumer will have his/her own definition of an “unwanted call.”

A Path to Improved Accuracy

Voice service providers can integrate with solutions such as Numeracle to obtain the vetted entity identity and call intent to display to consumers to empower the consumer to make their own choice on what calls are wanted or not wanted.

With less than 250,000 complaints on “unwanted calls” in the FCC complaint database since its inception, it is clear consumers are not asking their voice service providers to default block “unwanted calls.” The FCC is interrupting a 90-year requirement of call completion to allow unrestricted blocking based on the undefined term “unwanted call” that inevitably will vary for every consumer.

To implement such an option will require voice service providers to provide refined categories and accurate labeling with the inclusion of consumer personal preference. For the last few years, the FCC has reinforced that carriers cannot engage in unreasonable call blocking of calls to rural carriers, yet now is authorizing wide scale, standardless blocking based on undefined criteria.

It is unreasonable to allow carriers to block based on any analytics designed to identify unwanted calls without recourse for blocked legal and wanted calls. The Commission should consider the inevitable false positives that have and will continue to result on an even grander scale with the default opt-out approach.

The Role of STIR/SHAKEN

While Numeracle fully supports the deployment of STIR/SHAKEN by voice service providers, it should be noted that this is not a solution to identify “legal vs. illegal” or “wanted vs unwanted” calls. STIR/SHAKEN was designed to provide consistent traceback to determine the originating carrier, but STIR/SHAKEN does not determine whether a call is legal or illegal or wanted or unwanted.

The need for analytics will remain, but an even more pressing need is the ability for legal callers to identify to carriers and their analytics partners that they are making lawful and proper calls from telephone numbers they are authorized to use.

Update: To understand the relationship between STIR/SHAKEN and call labeling, read our blog, "STIR/SHAKEN didn't solve your spam labeling, did it?"

Numeracle will be in physical attendance at tomorrow’s Open Commission Meeting representing the perspective of the legal enterprise caller. While we believe the truly illegal and fraudulent calls should be stopped, we caution that more work is needed before we are reliably able to do so without causing catastrophic disruption to the flow of legal, wanted communications.

To check out Numeracle’s full-text Ex Parte filings as recorded in the FCC’s filings and proceedings database, click here. To learn more about Numeracle’s mission of improper call blocking and labeling prevention and awareness, contact us.