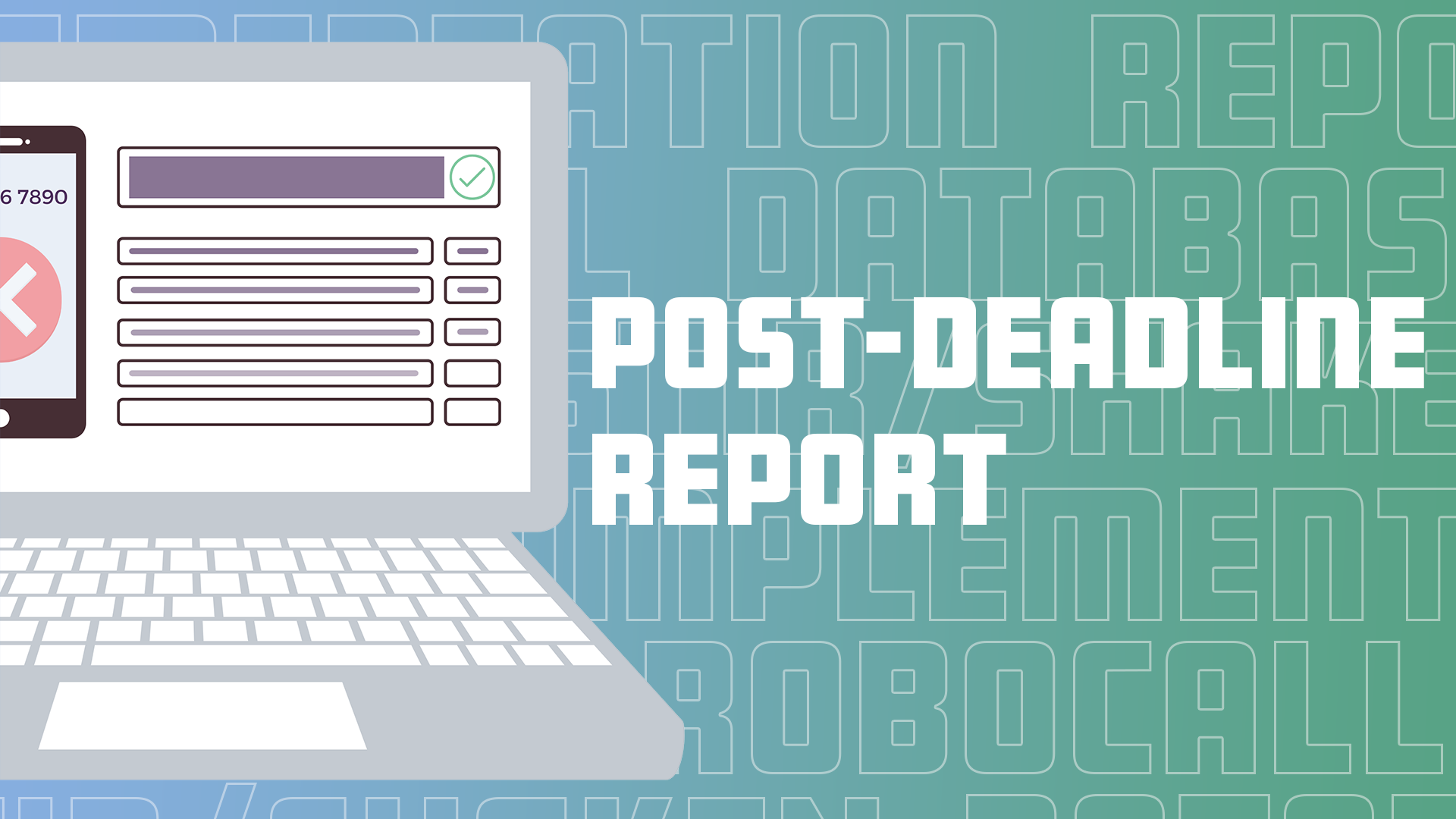 When the Federal Communications Commission (“the FCC” or “the Commission”) decided to take action against the increasing number of robocalls, it set forth two deadlines for service providers. The deadlines were set in place to ensure that the implementation of STIR/SHAKEN was underway and on track in order to significantly decrease the plaguing of illegal robocalls.

The first deadline was set for June 30th, requiring voice service providers to certify full or at least partial implementation of the STIR/SHAKEN standard. Providers who were not able to complete implementation by this date were required to file a certified Robocall Mitigation Plan with their intentions and detailed plans to reasonably reduce the origination of illegal calls on their networks. This was not a deadline to hereafter mark the beginning of widespread call blocking. (For more on why this is, read our blog “Will My Calls Be Blocked on July 1st?”)

The second deadline was set for September 28th, hereby prohibiting service providers and intermediate providers from directly accepting and passing traffic from providers who are not listed in the Robocall Mitigation Database. This was a deadline to mark the beginning of the widespread blocking (see Footnote 1) of any traffic originating from providers who have not complied with the deadlines set forth by the FCC.
‍

In support of voice service providers doing their part to block illegal traffic, Jessica Rosenworcel, Acting FCC Chairperson stated, “Protecting consumers from scammers that use robocall and spoofing tools is a top priority. To succeed, we not only need an all-hands-on-deck response from the government, but we need industry commitment and focus. Our message to providers is clear: certify under penalty of perjury the steps you are taking to stop illegal robocalls, or we will block your calls.”

Leading up to September 28th

In the last week leading up to the deadline that would mark the beginning of widespread call blocking, the Robocall Mitigation Database saw an increase of over 1,000 total providers filing, raising the total count from 4,517 to 5,571, which accounts for almost ⅕ of the overall count to date.

Leading up to the deadline, the majority of providers in the database had not implemented the STIR/SHAKEN framework at all, but are following Robocall Mitigation Plans. The numbers of these providers saw a small spike only days before September 28th, likely signaling the addition of providers filing just in time hoping to avoid impending call blocking consequences.

In the final week before the cut-off date, the Database saw significant growth in providers fully implementing the STIR/SHAKEN framework on their networks from 820 full implementations to 1,196, surpassing the number of partial implementations. This trend is significant in signaling the intent of voice service providers to implement the standard to not only prevent illegal robocalls from originating on their network but to ensure that their calls do not get blocked post-September 28th.

‍*Voice service providers with Partial or No Implementation were required to file a certified Robocall Mitigation Plan by June 30, 2021.

In the days following the deadline, an additional 625 providers, who may have experienced call blocking issues after the cut-off date, filed within the database. Since the 28th, the largest increase in implementation status indicates that more and more voice service providers are fully implementing the STIR/SHAKEN standard. Overall, it seems the majority of service providers were relatively prepared to meet the deadline in order to continue originating and passing voice traffic.

With the United States leading the initiative to put a stop to illegal robocalls, the next focus will be on gateway providers that are the point of entry for foreign calls into the U.S. that may be originating bad actor traffic abroad. So far, the Commission has remained consistent with its stance and scope of their jurisdiction on foreign providers. However, now that domestic providers are filed in the Database, addressing the treatment of foreign threats is the next concern of the FCC.
‍

Currently, the FCC has stated, “At present, our rules only require the gateway providers that bring foreign calls into the United States to pass along preexisting authenticated caller ID information unaltered, participate in traceback, and take steps to effectively mitigate illegal traffic when notified of such traffic by the Commission. While these obligations are valuable, they are not enough for the task at hand: stopping illegal robocalls that originate abroad and the fraudulent actors producing those calls from preying on Americans”
— (see Footnote 2).

The FCC is seeking comments on proposed changes and questions regarding how foreign voice traffic should be treated. A tentative deadline for international STIR/SHAKEN implementation has been set at March 1, 2023 (see Footnote 2).

With Canada implementing STIR/SHAKEN by November 30th of this year, they will be the first country after the U.S. to implement the Standard. We’re keeping a close watch on how these calls will soon be treated and gauging the comments filed in response to the FCC’s Fourth and Fifth Further Notices of Proposed Rulemaking (see Footnote 2). Check back in with us for follow-up coverage, and in the meantime, visit our Insights Blog to learn more.

Read Part I of our STIR/SHAKEN Implementation Report to understand the Database trends leading up to the deadline as featured in a podcast interview by Telecom Reseller where our CEO & Founder, Rebekah Johnson, covers these deadlines in more detail.