← Back to all Events

Numeracle Events
From webinars, to panel discussions, to podcast episodes and more, Numeracle strives to collaborate and bring innovative thought leadership to the industry.
Let's Collab
Have an idea for an event? How about a joint webinar?

We're always looking for ways to collaborate on ideas and events. Reach out to us and let us know what you have in mind!
Let's collab

Numeracle Founder & CEO, Rebekah Johnson speaks at the 2022 Somos Summit to discuss what the industry is doing to prepare for the next bout against robocalls. 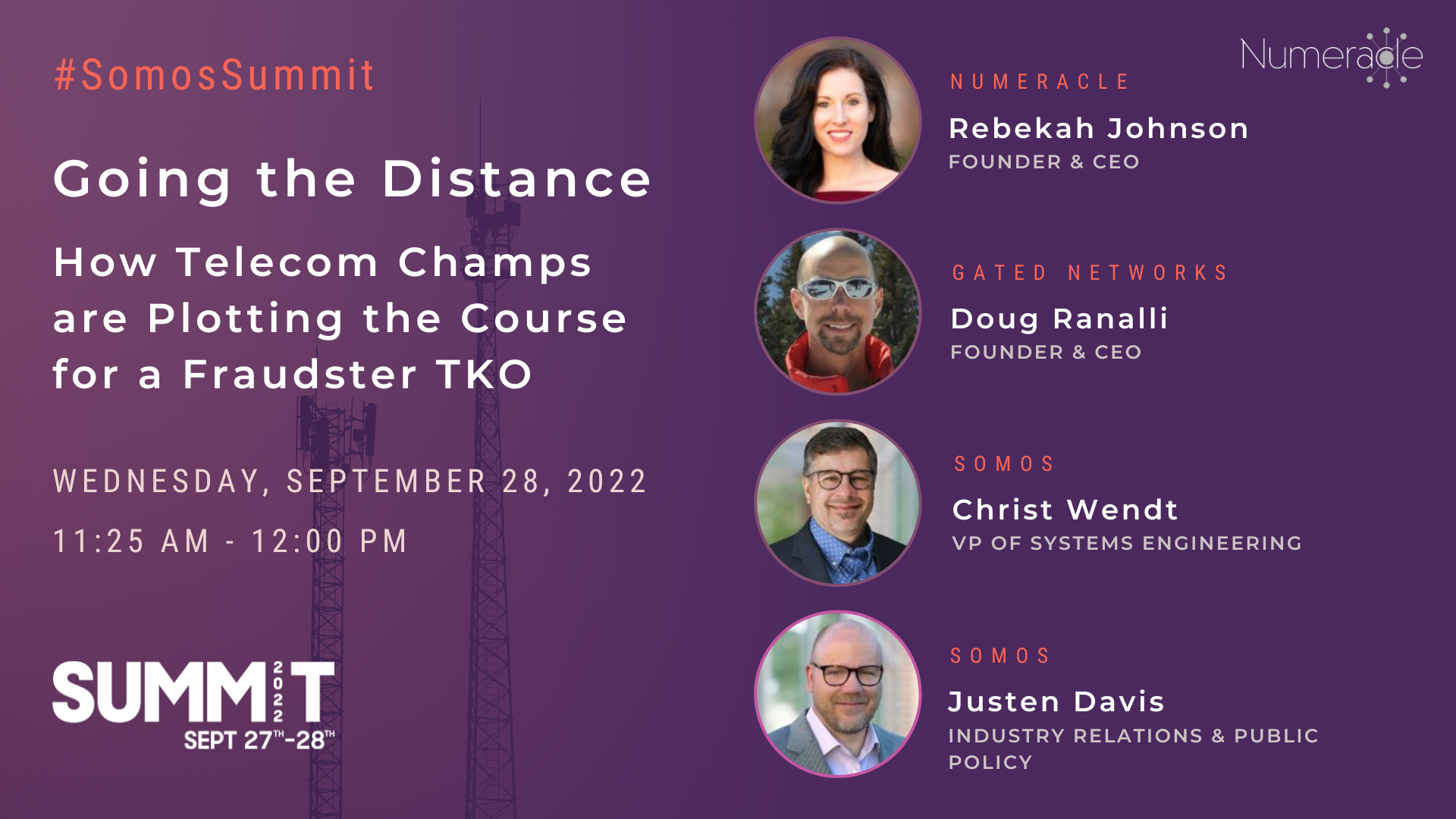 While the implementation of STIR/SHAKEN scored a major KO for consumers, carriers and enterprises alike, it was only the first of many rounds in the match-up of the century – Industry Fraud Fighters vs. Spoofers and Scammers. As the fight moves forward however, and the action continues to unfold, what is the industry doing to prepare for the next bout against its robocaller opponents? Join Justen Davis, Senior Director, Industry Relations & Public Policy at Somos, and a panel of industry thought leaders for a blow-by-blow account of what’s next for authentication enablement as well as what you can expect to see in fraud mitigation parts two, three, four and beyond. From how STIR/SHAKEN impacts U.S. telecom providers to what’s driving trust on a more global scale, this session is certain to pack a major one-two-punch against fraud!

RSVP for this EventAccess It Here
It starts with an insight
Ready to take control of how your calls and messages are presented to consumers?
Start a conversation with us today